CAN YOU HEAR ME NOW?

In the movies and on television, older people with hearing loss are often made the butt of good-natured jokes. Like the old man who’s always yelling, “Speak up, Sonny!” or the old woman in early films going around with a long ear trumpet held tight to her ear. Scenes like these may get a few chuckles, but they depict a real situation that’s anything but funny.

According to the stats, a third of people in the United States between 65 and 74 years old have some degree of hearing loss. It jumps to half when people pass 75. These numbers place hearing loss as one of the most common problems affecting older people.

With age-related hearing loss, there’s usually no physical pain, but the frustration and embarrassment that sometimes accompany the condition can feel worse than physical pain. 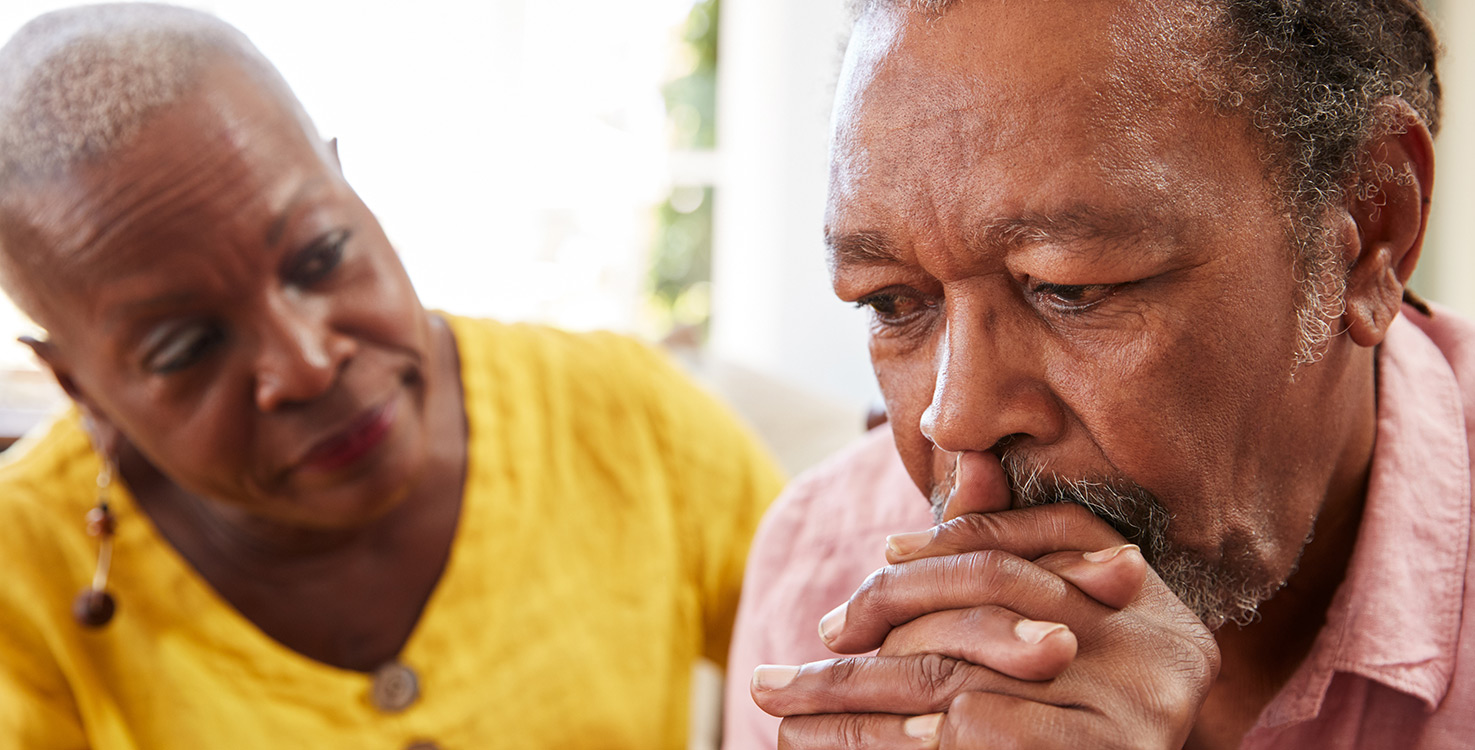 Hearing loss can be frustrating and embarrassing.

My mother’s second husband, Joe, was a good man. In his late 70s when they married, Joe was short and gruff, raised in Pennsylvania in a big Italian family. He worked hard all his life and now was trying to enjoy retirement with his and my mother’s life’s passion — horse racing.

I have to admit that I found humor in observing those two on the couch as they watched the nightly recap of the day’s races at Santa Anita Park. Here’s a typical excerpt:

MOM: Joe, why did Whittingham go with Pat Day instead of Shoemaker?

JOE: (Over the blaring television.) Huh?

MOM: I said, why did Pat Day replace Shoemaker in the fifth?

JOE: (Eyes glued to the screen.) He didn’t displace him! Shoe’s got that bad knee, and Day’s the only other rider Whittingham trusts on Ferdinand, so Whittingham gave Day the mount!

MOM: So, he replaced him.

MOM: What do you think about the sixth race? Cantankerous is going up against Bella Lucy.

JOE: Delahoussaye can’t ride anymore! He drinks too much!

MOM: No, Bella Lucy in the sixth, not Delahoussaye.

It was humorous then, but now I understand that Joe lived in a somewhat-confusing world that was getting quieter all the time. I could tell it was a struggle for him, and I believe my mom made his last days easier by being patient and steady — and a little loud — in their conversations. 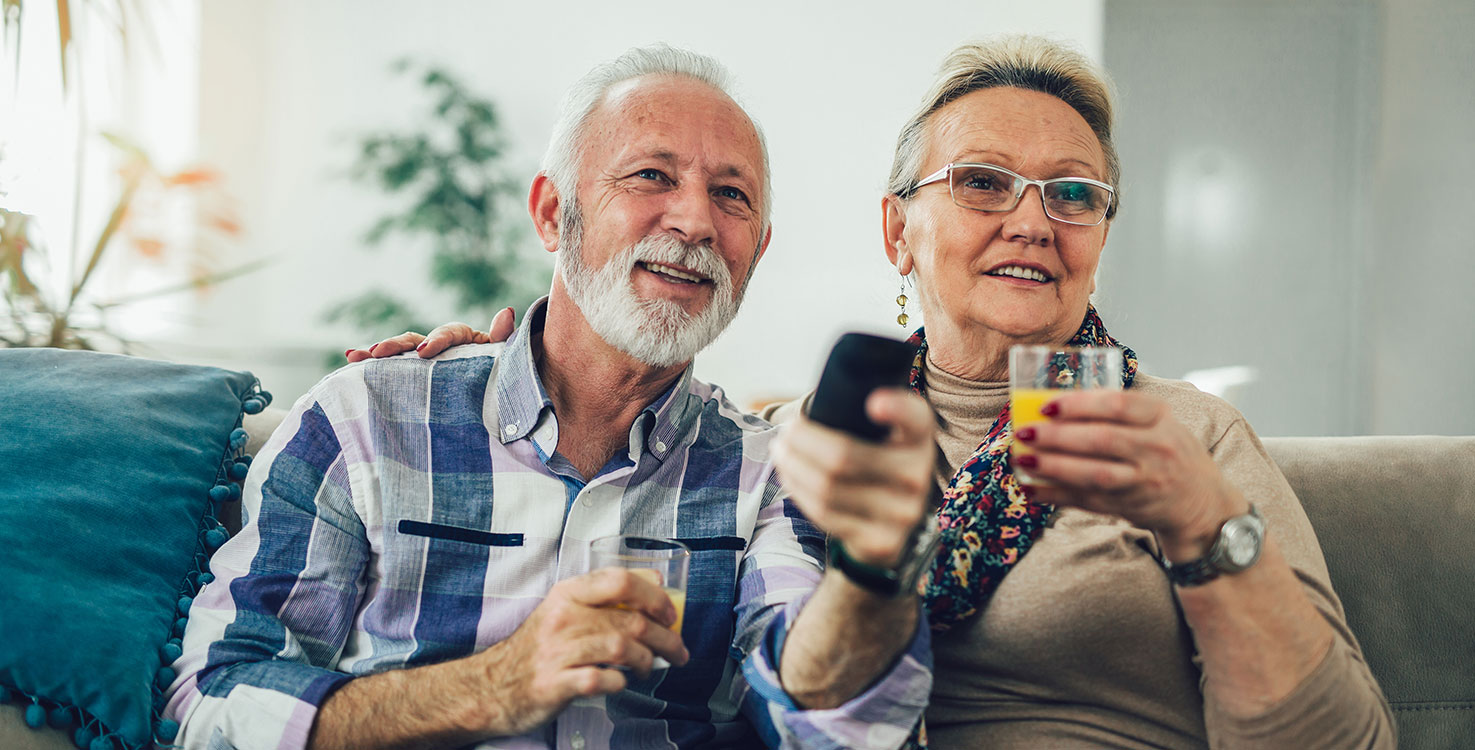 An older person with early stages of hearing loss may believe that the TV just isn’t loud enough.

Medical researchers don’t know all the reasons hearing capacity diminishes as we age. In many cases, there’s a preexisting level of hearing loss from long-term exposure to loud noises that intensifies as years pass.

Certain health conditions common in the elderly, such as high blood pressure and diabetes, can affect how well a person hears. Additionally, some chemotherapy drugs and other medications are known to be toxic to the ears’ sensory cells.

In rare cases, hearing loss in older people is due to outer or middle ear abnormalities, including impaired function of the eardrum itself and a problem with the small bones in the middle ear that transmit sound waves.

There is no actual cure for age-related hearing loss, but the technological advances in modern hearing aids can make a night-and-day difference for many patients.

The Importance of Hearing Screening

Because most cases of hearing loss are gradual, it’s easy for the person affected to not even know it’s happening. An older person with early stages of hearing loss may believe that the TV simply isn’t loud enough or that people are talking too quietly. Progressive hearing loss usually brings no other symptoms, so there’s nothing to shock the person into realizing there’s a problem.

A good move for people over 55 is to have regular hearing screenings as part of their annual checkups. These screenings involve a physical examination and evaluation as well as questions that can help the doctor determine if any level of hearing loss is present.

A third of people in the United States between 65 and 74 years old have some degree of hearing loss.

I don’t know if Joe had hearing tests, but I know he never wore a hearing aid. He was a proud man, from a generation full of proud men, and it’s possible that donning a hearing aid for all to see was something he considered a sign of weakness.

The truth is that hearing screenings and a simple hearing aid are signs of smart self-care as we age. Managing our hearing issues means more quality of life in our later years and a better understanding of what’s going on around us.

After 20 Years on the Computer, I Wrote a Handwritten Letter
Turning 100:
Is The Secret Really A Secret At All?
Caregivers:
Our Unsung Heroes